Simplified: The number of short-term rental properties in Sioux Falls is growing, and as more of these Airbnb-type places pop up, it's possible (and even likely) we'll see more conversations in the city and state about how these properties are registered, taxed and regulated.

"We're not as oversaturated as some cities with an abundance of Airbnbs," said Kayla Huizing, co-owner of Huizing Properties, which helps short-term rental owners in town. "It's not hard to make a name for yourself in Sioux Falls with your property, and it's proven to be successful."

What's behind the increase?

The same thing behind most trends in Sioux Falls: growth.

"I have people reaching out to me literally every week saying they just bought an investment property," Huizing said.

She added that the short-term rental market can also be more appealing to property owners than long-term rentals, both in terms of income and oversight.

"When you have a long-term renter, you might not go into that unit for a year, and you have no idea what damage is being done," Huizing said. "When you have someone staying for two nights, it's hard to do much damage."

There's also been an increase in demand for short-term rentals amid the pandemic, said Teri Schmidt, executive director for Experience Sioux Falls.

For Schmidt, it's complicated. Experience Sioux Falls is focused on ensuring visitors have the amenities they want when they get here, but the group is also funded by the room tax paid by local hotels (but not by short-term rentals).

"So when someone chooses to come to Sioux Falls and stay in an Airbnb instead of a hotel, that hurts us as far as budget," she said.

There's also the dynamic of a growing number of short-term rental properties coinciding with a housing shortage.

"I don't think we're quite there yet," said Matt Tobias, development services manager with the city.

What are the current city rules for Airbnbs?

At the state level, properties are subject to sales tax and the state's 1.5% tourism tax. Companies like Airbnb already factor those taxes into the equation when they charge renters.

Schmidt said conversations about room tax and Airbnbs have gone on for years, and will continue to happen at the state level.

From a city standpoint, Tobias said he hasn't heard any rumblings about people wanting to set stricter rules for short-term rentals in terms of where they can be, how many can be in a certain area, if they need to be inspected, etc.

And for Huizing? She's capitalizing on the growing industry by starting her own business alongside her husband to help an increasing number of people manage their short-term rentals.

This week, we simplify more Airbnbs, downtown's future and not enough conversation about mental health. 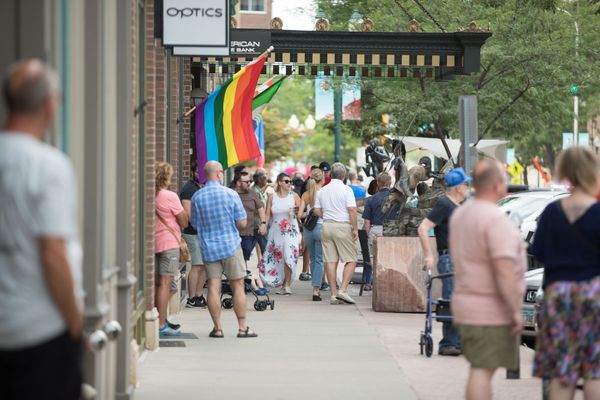 It's time to take another look at how the vision might change in the next decade.