Simplified: Houses go where schools are, and businesses go where the houses are. As Harrisburg considers adding two new school buildings through a $60 million bond, here's a look at the economic development implications of spending on schools.

"We think that's in a great position for future growth," Graf said.

Tell me more about the proposed buildings

Both are located within Sioux Falls city limits, which is where the majority of students in the district reside.

Harrisburg is proposing adding a third middle school, which would be located near 69th Street and Southeastern Avenue in Sioux Falls. It'll be modeled after the existing North Middle School.

The freshman academy, and site of the eventual second high school, would be at the southwest corner of 85th Street and Cliff Avenue on a nearly 80-acre plot of land.

Why talk about schools from an economic development standpoint?

Because, frankly, you can't separate the two.

Schools and residential development go hand-in-hand, and, then businesses follow.

Harrisburg's school enrollment has more than quintupled in the last 20 years, and in another decade, they're projecting 3,000 more students, Graf said.

What does all of this mean for taxpayers?

The bond wouldn't change the tax levy, Graf said, which means property owners won't see taxes go up or down.

That's largely because of consistent growth in the school district, providing a broader tax base, i.e. more money available to schools.

The vote on the $60 million bond will take place June 1 in the Harrisburg school district. Voters can find more details on how and where to vote here.

If it passes, construction is set to begin in September with both buildings completed in time for the 2023-24 academic year.

If it fails, the district will need to find a plan B to address overcrowding, which might mean portable classrooms, Graf said.

Sioux Falls Sunfish players are ready to play their first season. But first, they need a place to live. 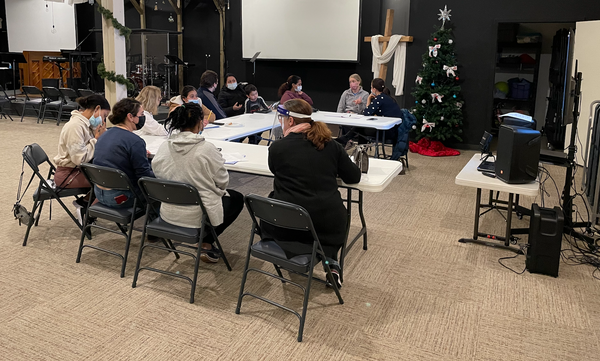 The goal of the partnership is to remove barriers for women to receive additional literacy education.