Papa Woody's beat out 23 other competitors to claim the championship title in the 2021 battle, an annual event aimed at bringing traffic to downtown restaurants (and wrecking any health-based New Years Resolutions).

A select few proud, beef-eating folks completed the challenge of eating 24 burgers in the month of January.

These are their stories (dun dun)

Why compete? Sheer determination. Gaspar said he was going to eat all of the Burger Battle burgers no matter how many there were.

His strategy: Start strong, split often. He ate 16 in the first two weeks, with burgers for lunch and dinner some days, and often he'd bring the leftovers back to his coworkers or home to his wife.

"I hope there's not 24 burgers again next year, but I'll get through it if there are."

Meet the eater: Kastein is a graphic designer who you may know better from her work bartending at Woodgrain and Monks.

Why compete? Kastein is a returning champ to the self-imposed burger competition. Last year, she ate all 16 contenders, and, while she admits 24 was a daunting number, she decided to try.

Her strategy: Live near downtown for easy access. She also split most of the burgers with her burger buddy, her mom.

Meet the eater: Peter Hauck is the community manager at the Zeal Center for Entrepreneurship.

Why compete? For the sense of accomplishment. He's never finished the Burger Battle before, so he decided to make it happen this year.

His strategy: Fast before the feast. Many days, Hauck would eat only the burger. On days where he had burgers for lunch and dinner, he'd work out in the morning to offset any extra calories.

"It's not necessarily that I ate 24 delicious burgers ... I was able to support these businesses that are part of our community, and that's the thing I'm really hanging my hat on in all this."

Sioux Falls has seen a consistent decline in COVID-19 cases in recent weeks, all while the number of people receiving vaccines is going up. But local doctors say it's too soon to give up masking, social distancing and hand washing. 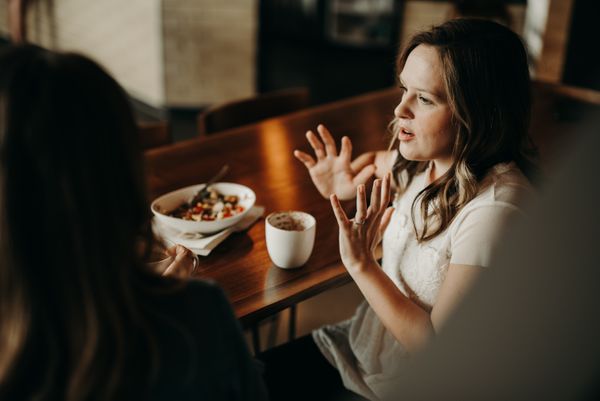