Simplified: A $2 million donation from a Sioux Falls family aims to bring an ice "ribbon" and an all-inclusive playground to the now empty land between the Levitt and Falls Park.

Why it matters: The donation would fund half the estimated $4 million cost to bring the two new features downtown.

What's an 'ice ribbon' and an 'all-inclusive playground'?

An ice ribbon takes the idea that the average skater spends most of their time on the outside of the rink and just cuts out the middle. It's sort of like a winding sidewalk made of ice.

An all-inclusive playground has features that children of all abilities can use.

"At the end of the day, we want to create an environment where children of all abilities feel comfortable that they can go and interact with each other and do what they really want to do, which is play," said Mike Patten, park development specialist with the city.

Who's behind the donation?

Garry and Dianne Jacobson. They're longtime Sioux Falls business owners with a history of giving back to the community.

Their daughter, Robin Houwman (who's also presiding judge for the second judicial circuit in South Dakota), spoke to the council on behalf of her parents Tuesday afternoon.

She said of all the donations her parents have made, this is the one that brings tears to their eyes.

What else people are saying about the project

"How can you not be wholeheartedly behind something like this?" Councilor Marshall Selberg said.

The project moves now to the parks board. If approved, it'll go back in front of the full council where it's expected to be added to the city's capital improvement plan.

If all goes to plan, skates could hit the ice in the winter of 2022. 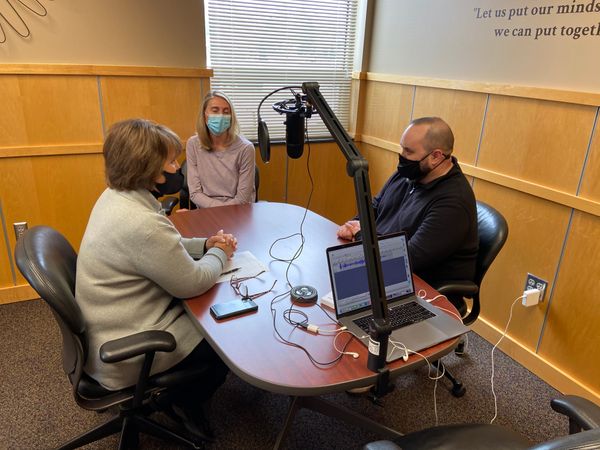 The leader of Sioux Falls public schools is using a new way to connect with parents: podcasting.

I want to make sure this startup serves you. Locally owned local news only works if the locals, like it!