Simplified: Dakota State University plans to add a $90 million expansion of its cybersecurity program via a highly-specialized facility in Sioux Falls. But first, the university is asking for $10 million from the city to help make the plan a reality.

"We're not going to fill all of those positions," Griffiths said. "But we are taking a slice of the cybersecurity industry – that which addresses national security and defense."

Where's the $90 million coming from?

Philanthropist T. Denny Sanford kicked in another $50 million over five years, and Sanford Health donated 10 to 16 acres of land to house the facility at the Sanford Sports Complex in northwest Sioux Falls.

Forward Sioux Falls is contributing $250,000 for the planning of a future cyber and IT park surrounding the new facility.

And the last – $10 million – piece of the puzzle comes down to the Sioux Falls City Council.

What would the city's portion fund?

Griffiths told councilors Tuesday that the city's $10 million investment would cover infrastructure needs, as well as initial help with business development and security.

The third use of funds would be what Griffiths calls, "programmatic infrastructure."

What are people saying about this?

"There are days when I think I have one of the best jobs in the city because I get to talk to you about really wonderful and transformative types of projects," Planning Director Jeff Eckhoff said. "And today is one of those days."

Board of Regents Member Tony Venhuizen described his excitement that this project is combining so many different entities, both government and private funds.

"I just think this is one of the biggest things to hit my radar in my public service life," Councilor Alex Jensen said.

Councilor Greg Neitzert said he loves to see more jobs in the IT and cyber sectors, and he added that the city would essentially be paying $10 million to get another $80 million invested into Sioux Falls.

"I think it's going to change the trajectory for the whole state," Councilor Janet Brekke said, adding that the project is a "transformational" opportunity.

Councilors unanimously passed the first reading of the ordinance allocating the $10 million funds.

Now, the ordinance moves on to a second reading March 15, at which time the council will decide whether to give it final approval.

If all the pieces fall into place, Griffiths said construction could start as soon as next spring, and if everything moves "quickly and on-time," the first employees could be working in the building by Oct. 1, 2024.

This week, we simplify flowers for moms, crime rates and why Dakota State is asking the city for $10 million. 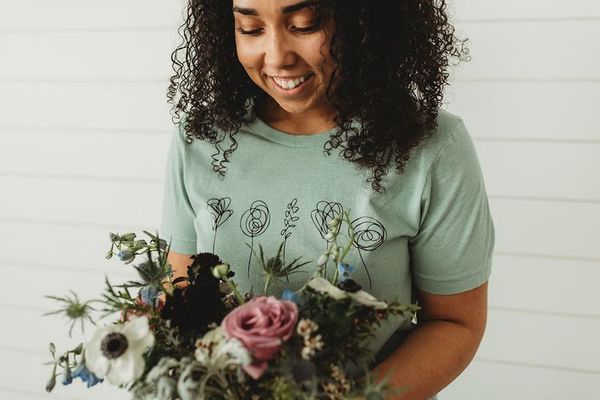 This Sioux Falls-based nonprofit has delivered more than 100 bouquets across 28 different states in two years of operation. Meet Evermore Blooms.