Simplified: It's been the driest June on record for much of the state, according to the National Weather Service, and federal data shows the Big Sioux River is flowing at a far lower-than-average rate.

The Big Sioux was flowing at a rate of about 27 cubic feet per second in Sioux Falls as of noon Tuesday.

That's significantly below the average for this time of year, which is 673 cubic feet per second, according to U.S. Geological Survey data.

"There is potential for higher E. Coli concentrations and potential toxins from algal blooms and things like that," said John McMaine, a water management engineer and assistant professor at South Dakota State University.

Yep. 2019 brought flooding to many parts of the state, including Sioux Falls.

For some comparison, at the start of June 2019 the Big Sioux River was flowing at more than 1,800 cubic feet per second in Sioux Falls.

Now, two years later, it's drought conditions. Cycling between dry and wet spells is normal, McMaine said, though not necessarily to the extent we've seen.

"I would say we are seeing some of the extremes be more extreme," he said.

Do you have any good news?

He didn't know exactly what the contaminant levels were, thought, because the state is weeks behind in reporting water quality data.

How else can I help?

The biggest thing, Freese said, is respecting that the city is in "stage one" of its lawn watering rules, meaning:

Here are some other things water experts say you can do to conserve water (even when we're not in a drought): 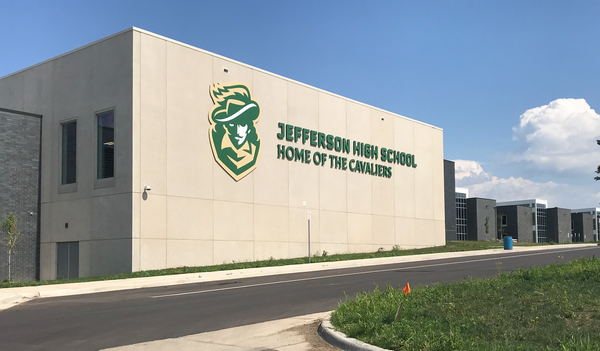 Jefferson Principal Dan Conrad said the new building is less traditional and more focused on creating room for students and teachers to collaborate.