This is a paid piece from the Great Plains Zoo

Simplified: The Great Plains Zoo supports animal conservation far outside the walls of its Sioux Falls facility. And you can learn more about this work and an upcoming effort to help the critically endangered snow leopard population at an event next week featuring Biologist Dr. Jeff Muntifering.

"The things that we learn from Jeff's work can help us share knowledge with other zoos at conferences or even compile a scientific research paper," said Stephanie Arne, interim director of conservation. "It'll really help put us on the map."

Tell me more about the conservation work

Muntifering has spent 20 years working with black rhinos in Namibia – the last three of which he's been partnered with the Great Plains Zoo, as well.

The hope is that Muntifering can take a similar approach to conserving snow leopards in Nepal, work funded largely by the Great Plains Zoo, Arne said.

Tell me more about the upcoming event

The Conservation Conversation will start at 5:30 p.m. Thursday, Sept. 8 at the Fernson Brewery at 1400 E. Robur Drive.

Muntifering will speak for about 45 minutes to an hour, with time for some Q&A afterward.

Admission is $10, and seating is limited. Tickets can be purchased online here. 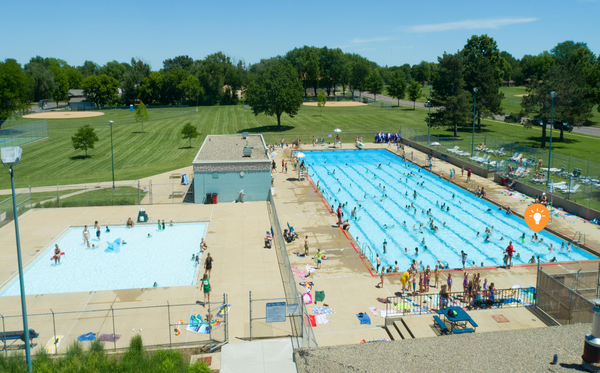 Sioux Falls' outdoor pool season ends this weekend, but community conversations are just starting as the city looks to plan the future of some of its aging facilities.

Get smart about NFTs and the upcoming Sioux Falls Marathon. Plus, find a roundup of local events.