This is part one of three in a series leading up to the May 18 election.

Simplified: Five people are vying for two open seats to lead the largest school district in the state. In this first part of the series, we'll meet the candidates and get their views on all things teachers.

Connection to Sioux Falls schools: Three children in the district, wife is a teacher

Connection to Sioux Falls schools: Two boys in school, seeking fifth term on the board

Question: When it comes to teachers, it's easy to jump right into a salary discussion, but what other forms of support do you think Sioux Falls teachers need right now?

"Teachers need to be able to use their voice and not feel like they're being silenced."

Begley also said parents need to do more to recognize teachers have a life outside school and be more understanding about not emailing or contacting them at home late at night.

"I believe they just really need the support of parents to be patient in these times of transition with COVID."

Ludens noted the importance of giving teachers additional support to deal with behavioral and disciplinary issues in the classroom. She said she sees some teachers start their day meeting kids at the bus to deal with them misbehaving.

"Right now, because of COVID, they need some relief from all the extra duties. It's been really hard on our staff."

Teachers are essentially teaching two classes, Murren said, noting the extra work of helping kids virtually and helping students catch up after time off to quarantine.

"I think ultimately they need to feel supported, and that can come in various ways."

Parker mentioned the role of instructional coaches in offering classroom support and the importance of teachers feeling like they're listened to by administrators.

"We can also do a great deal, I think, in terms of how we show appreciation for our teachers," he added, noting the work of the Education Foundation to create grant opportunities for teachers.

What about teacher diversity?

Question: Teachers in Sioux Falls don't match the population of students they're educating. How would you prioritize teacher diversity?

Begley stressed the importance of working with universities to recruit students as teachers and building personal relationships with those pursuing the profession. He said once the district has more teachers of color, students will be more apt to see it as a career for themselves, too.

"I think diversity's a great thing out there," he said. "I love being in a diverse environment in the military."

Ludens said the issue is more about language barriers than differences in skin color. She noted various children she hosted as a foster parent and that race was never an issue.

"I don't think a teacher sees color," she said.

Murren noted the existing "Grow Your Own" program working to recruit high schoolers looking to pursue teaching and encourage them to come back to Sioux Falls after college to teach.

"It's just nice for kids to see people that are other minorities," he said. "They can have someone that's a role model."

Parker also noted the "Grow Your Own" program for students. She added that it's also important to have mentoring available for existing teachers from diverse backgrounds and "just making sure we're giving them the supports they need."

Pizer said it's important to reach out and engage existing teachers and staff of color to understand what the district can do better. Moving forward, the hope is to be able to recruit teachers of color from students currently in the district.

"We have such rich diversity coming up through our school system, and those are folks who have lived here and grown up here," Pizer said.

Register to vote (if you aren't already) between now and May 3. Absentee voting will begin May 3, and the election will take place May 18.

Stay tuned in the coming weeks for more from school board candidates on topics from taxes to post-pandemic life to workforce development. 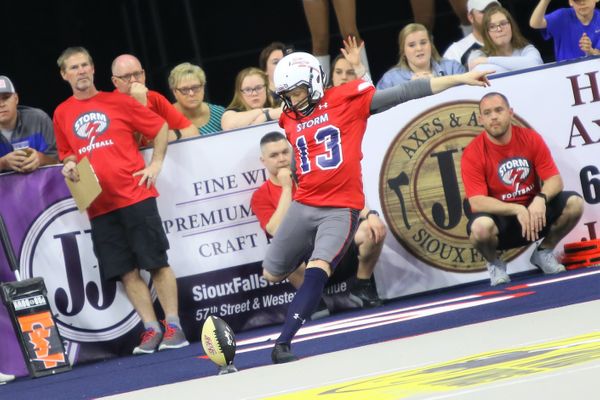 Silverstar Car Wash is teaming up with the Sioux Falls Storm for the first time this season to support the arena football players with sponsorship and free car washes.