More than 1,500 parents applied for their child to attend a different school than the one assigned to them in the 2021-2022 school year.

It's not yet clear how many of them will be accepted, but the process this year is complicated by a couple of factors:

Ok, so back up quick. What is open enrollment?

It traces back to a 1997 state law stipulating that K-12 students can attend any public school in any school district.

The law has several exceptions (enumerated here, if reading laws is your jam) that give local districts the authority to set limits on open enrollment based on building or program capacity, among other things.

In Sioux Falls, some new limits on open enrollment were installed for the coming school year related to how many kids can be in one building (or grade level.)

What do parents have to say about this?

As with anything, it depends who you ask. We asked about a half-dozen parents with kids in Sioux Falls schools.

Some parents got in no problem, but others are frustrated by the process. Some are even saying they're planning to move so their kid is guaranteed attendance at the school they want.

"There were a lot of folks out there that slept in their cars that probably wouldn't have done that if someone had just been transparent with them and said there were no spots."

So, why didn't officials say anything ahead of time?

They say they didn't know, especially at the high school level.

Assistant Superintendent Jamie Nold said didn't know until a month after open enrollment started how many returning high school seniors would be staying in their current school.

Put this in context. How many people are we talking about here?

Anecdotally, it's a higher number than usual for this time of year. Keep in mind, the district has about 25,000 students total.

If you're still waiting to hear if your kid was approved for open enrollment, keep waiting. An answer will be coming by mid- to late-March, Nold said.

If you got rejected and can't go to the school you want, there's no easy way to say it, but, you're essentially out of luck unless more kids decide to leave and open up more spots to enroll. 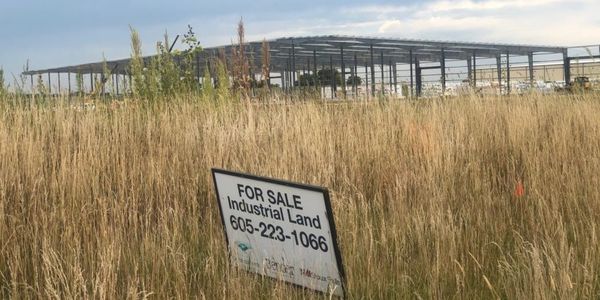 If approved, this becomes the largest TIF in city history both in how much money is at stake and in how much land is covered.