Simplified: We searched three different retailers in Sioux Falls – Walmart, Target and Office Depot – to find the best deals on school supplies. We also looked at quality of materials and overall shopping experience. Here's what we found.

What was the process?

The total prices listed below include the cheapest price per item for every supply listed on the Sioux Falls School District shopping list for kindergarteners, third grade and fifth grade, respectively.

Those costs were added up, and then taxed at Sioux Falls' 6.5% rate, which resulted in the total price on the other side.

Let's look at those prices

Here's the total for kindergarten prices:

And for third graders?

And for fifth graders?

Ok, the prices are clear. But what's the full report?

Walmart came out ahead as the cheapest for every grade, but – at least at the 41st Street and Louise Avenue location – the school supply section was a mess. If finding items quickly and in good condition is more important to you, steer clear of Walmart.

Target at 49th and Louise Avenue was pretty picked over. There were a few workers trying to redisplay and restock aisles, but some fellow shoppers were getting disheartened when they found empty shelves.

Office Depot on 41st Street and Grange Avenue was the quietest and cleanest of all three stores.

If you'd like to take a look at the individual supply price breakdown, check out the Google sheet calculations here.

This week, we simplify back-to-school shopping, a new homeless task force and how kids of all abilities are taking the stage. 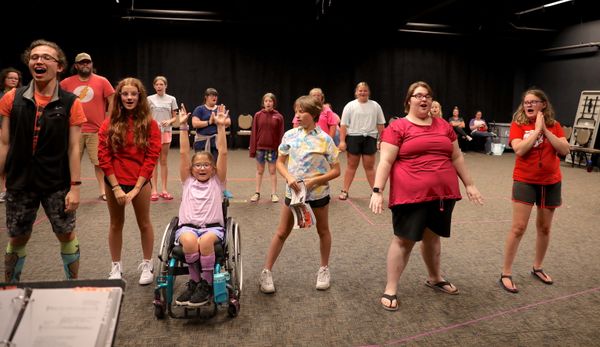 This summer, the Premiere Playhouse is bringing a new program to help kids of all abilities get a chance at the spotlight.