Simplified: Sioux Falls is a fast-growing city, and with that growth comes additional infrastructure needs, more folks looking for city services and generally more stuff for city government employees to do. Here's a look at some big things to watch in the coming year.

"The rate at which we're growing right now is affecting everything," TenHaken said. "Everything's at these new, big levels – big city problems."

So, what should I be paying attention to?

There's a big question mark hanging over the upcoming legislative session: what will happen to $200 million in federal funds set aside to help with so-called "workforce housing." (South Dakota Searchlight has the deep dive reporting on that money if you want the not-so-simplified version).

This is another area where Sioux Falls is looking to lawmakers for help.

The Sioux Falls Police Department has grown under TenHaken's tenure as mayor, and at this point, he said it's not an issue of whether there are enough officers on the streets – it's an issue with the broader court system.

"We could've had a thousand more cops on the street, and it doesn't prevent this guy from killing another guy. It's not a cop issue. It's not a resource issue. It's a system issue."

Parole is very likely to become a big topic in Pierre during the upcoming legislative session.

Gov. Kristi Noem has put forward a plan to do away with sales tax on groceries.

"I hate taxes too," TenHaken said. "I wish we had none, but we have to deliver services. So you've got to kind of pick and choose. If you want your taxes cut, we can do that, but then we can't plow all the streets. We can't have a park within a mile of every home. We can't do some sewer-building projects ... It's this very fine balance."

He added that if grocery taxes are cut, it's likely the city will have to tax somewhere else to make up the difference.

The city bus system has been a point of conversation for some time now, as the city looks for ways to be more efficient in serving folks who rely on public transit to get around.

As the city continues work on a master plan for the transit system, the things to watch are:

Early last year, the city released a 120-page Sustainability Climate Action Plan with recommendations for how the city could lead the way in being more sustainable and plans to reach net-zero greenhouse gas emissions by 2050.

In 2023, the goal is to finish the reworked plan and have it ready for public feedback by the spring, said Holly Meier, sustainability coordinator for the city of Sioux Falls.

For TenHaken, the goal with this plan is to approach it with an emphasis on the benefits of sustainable practices – something he said is often "perceived as leftist."

A handful of Sioux Falls pools are set to be replaced in the coming years, and in the planning conversations, it's looking like the city is eyeing some options for new indoor recreation centers.

In addition to pool replacements and watching for updates there, TenHaken also wants to see the city creating more opportunities for kids – especially those in low-income areas – to participate in soccer.

A big focus of city government under TenHaken's leadership has been infrastructure, including road improvements and the new wastewater treatment plant.

The other thing to watch on the infrastructure front is a planned study of sewer needs and potential expansion on the westside.

Of course not. I'm not a fortune teller.

And certainly more "what to watch" items will become clearer during and after the 2023 legislative session in Pierre.

But, for now, if you want to keep a finger on the pulse of Sioux Falls city government in the coming year, this is a pretty solid start.

This week, you'll get a primer for what to watch both in Sioux Falls city government and in the greater community in 2023. I also checked in with local shelters about how they're faring this winter. 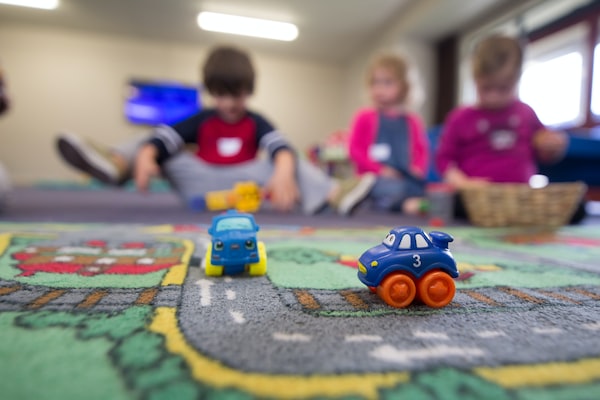 Sioux Falls is home to dozens (scores? hundreds?) of nonprofits and community groups. Here's a look at some of the big items the community will be tackling in 2023.