"We want to make sure (downtown) is a good experience for everyone, and that's what the BID will provide," Batcheller said.

Explain what property owners are paying

Ok, so imagine you own a building downtown.

For our purposes here, we're talking just about the BID assessment.

Right now – following the rules set in 1989 – assessments are capped. That means that no matter what a building is valued at, an owner won't pay more than $1,500 per year to the BID.

"Every dollar above and beyond $1 million (valuation) doesn't pay in," DTSF President Joe Batcheller said.

Batcheller and DTSF's goal is to change that.

Ok, so what's the proposal?

The new plan is to continue the existing assessment rate for buildings valued at less than $1 million.

So, say a property is valued at $3 million.

The changes will also apply to land, not just buildings – though existing caps on land assessment are lower.

All math aside, the changes would bring more money to downtown.

What will DTSF do with more money?

There are also plans to ramp up marketing efforts for downtown, improve wayfinding (i.e. signage telling folks where to go), and, in the future, fund events, art projects and other economic development efforts.

It'll ultimately be up to the City Council to decide if they want to remove the caps on assessments.

So far, the plan has received unanimous support from the Main Street BID Board.

This week, we simplify new schools, new(ish) taxes and the Backstreet Boys underwear. 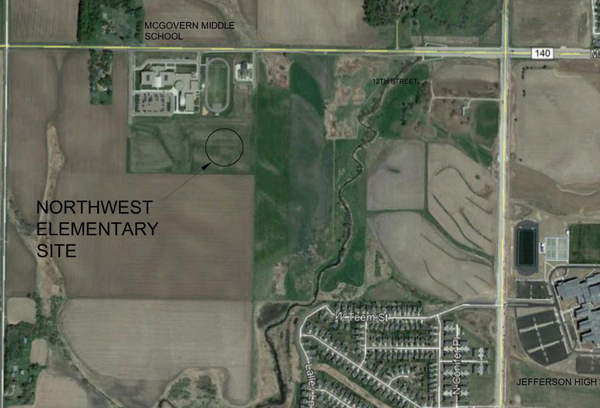 The new building (the first one, at least) will also come with some redrawn boundaries, shifting around where kids in certain parts of town go to school.