Simplified: When Hy-Vee announced it was closing its 10th Street and Kiwanis Avenue location, some expressed concern about food deserts. But nonprofit leaders and researchers alike say the issue of food deserts and food insecurity – i.e. hunger – is more complicated than the geography of grocery stores.

"Yes, you want the groceries to be convenient, but it doesn't matter how close they are if you can't afford them," said Suzanne Smith, who leads the Augustana Research Institute, which put out a 2018 report looking at food security in town.

Ok, but can we start with some definitions?

There's some variation in how the term is defined, but the Department of Agriculture looks at two factors: how much money people make, and how close they are to a grocery store.

Sioux Falls Thrive defines a food desert as a low-income area where there isn't a grocery store within a half-mile, President Michelle Erpenbach said.

In the simplest terms, food insecurity leads to hunger.

"If nothing else comes out of this, it should be that concept that there are hungry people almost in hiding in this town," Erpenbach said.

What plays into whether a person has food or not?

As with anything, each family is going to have unique circumstances, but in general, here are a few factors that make people more likely to be food insecure or hungry.

Again, it'll depend on each person or family's unique circumstances, but Erpenbach emphasized that there are kids in Sioux Falls who go home to empty cupboards.

What can be done to help?

Awareness, first, that there are hungry people in our community, Erpenbach said.

And there are already a number of programs in place to fight hunger in Sioux Falls – including the siouxfallshunger.com website, which pulls together all of the opportunities to find food (and opportunities to volunteer to help.)

But there's also an opportunity to take a neighborhood-specific approach to find solutions for the people closest to the soon-to-be-closed Hy-Vee, Erpenbach said. It's work Sioux Falls Thrive will be a part of, but it's also work she hopes more people join.

"Let's take advantage of this moment," she said. "I hope the community is going to step up."

This week, we simplify food deserts, facade easements and how Washington High counselors are teaching mental health lessons 24 minutes at a time. 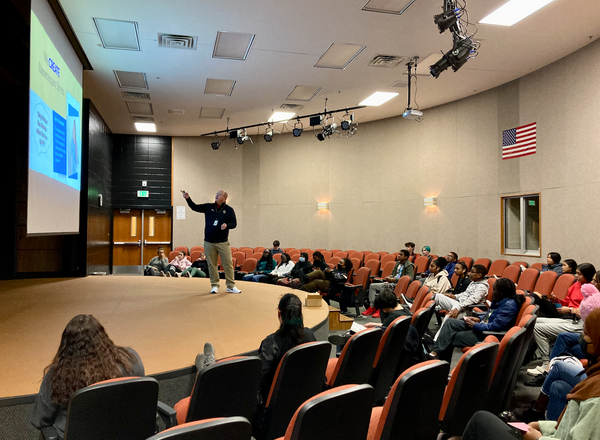 Washington High School's counseling team has a new way to help students in the areas they need most in short, accessible, 24-minute seminars called "Warrior 24."