Simplified: The Great Plains Zoo & Delbridge Museum of History and the Butterfly House & Aquarium are thinking about a formal partnership, and the two organizations announced Tuesday a committee to see how that might play out.

"That's part of the question of what we're trying to answer, is just, 'What could this look like?'" Dewitz said. "Frankly, I don't know how that's all going to turn out yet, but it's definitely a worthwhile conversation."

How did this all start?

The zoo and butterfly house first began collaborating in the summer of 2020.

From there, they began some joint marketing efforts, along with the Washington Pavilion. Families can get discounts on memberships at one of the three spots when they have memberships with another.

Then, the zoo and butterfly house again collaborated on conservation efforts related to the black-footed ferret, one of the most endangered mammals in North America, per the World Wildlife Fund.

“It's clear that we can do more together ... that's really what we see as our future,” said Audrey Otto, CEO for the Butterfly House & Aquarium.

A joint exploration committee started meeting last month. It's a group made up of:

The committee will look at whether it's feasible to join forces, and what the potential economic impact might be if they do so.

There's no set timeline, Otto said, but she anticipates the committee will have recommendations within the next several months.

The committee's final recommendations will then be brought back to each organizations' boards for final approval and any further next steps.

However it shakes out, Otto said the goal is to keep providing educational experiences and giving kids in Sioux Falls a way to experience the natural world.

"Whether it's butterflies landing on you, or you're touching a sea star or watching the bears play, those are all experiences that leave an impact on childrens' hearts and minds," she said. 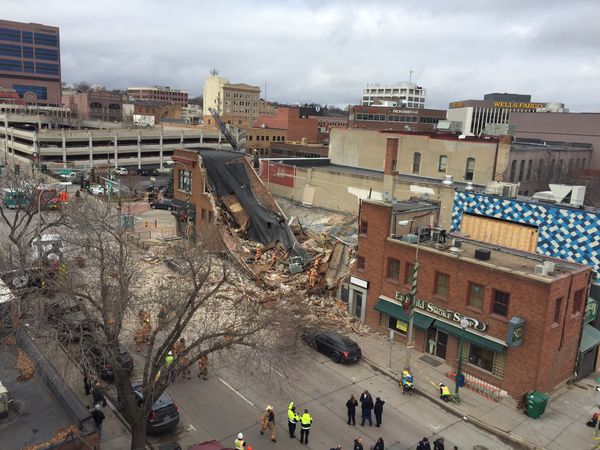 "The momentum for downtown is probably the highest I've ever seen it, not only during my time as mayor," Mayor Paul TenHaken said, "but probably for my time in Sioux Falls over the last 25 years."

This week, we simplify nonprofit struggles, a 'magic' art bus and $1 billion in construction.