Simplified: On Thursday morning, the Sioux Falls Little League team put out a call on Facebook for donations to offset families' costs for being on the road for the Little League World Series. By dinnertime, they'd raised more than $10,000.

"It's not like one or two people with huge donations," said Matt Kuenzi, whose son Noah Kuenzi plays on the Sioux Falls team. "It's a lot of $5, 'hope this helps,' and $20, 'keep up the good work.'"

What's the reaction from parents?

Kuenzi hasn't been home since Aug. 4. He said it's overwhelming to see the outpouring of support from fans.

"We were speechless," he said. "And that's hard to do with this group of parents."

Parent Joel Sonnichsen said before the Facebook posts, businesses had stepped up to help support the team and cover some travel costs, but the better the players do, the longer parents are away from jobs, family and home.

"That's when the bills start adding up," Sonnichsen said. "You get to the point where parents are running out of PTO."

Fun fact: The mayors of each town have a bet on the game's outcome – with guest appearances by some local Sioux Falls businesses.

You can donate to the team in the following ways:

The team is looking to raise another $15,000 to help offset costs.

One of the best ways to support Sioux Falls Simplified is to share this story with a friend.

Want to do more to support locally owned news that makes it easy to feel smart about Sioux Falls? Consider becoming a member and offering financial support to the no B.S. journalism you've been reading here. 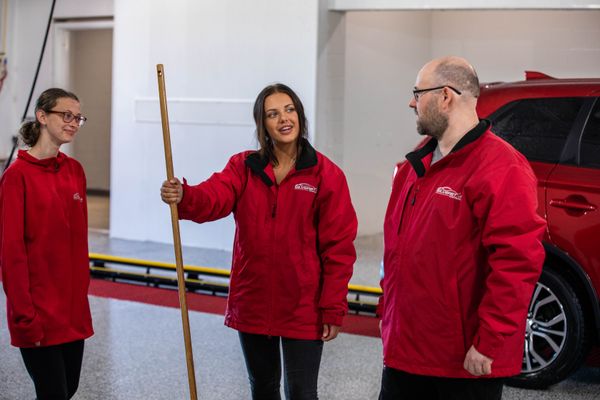 Leads at Silverstar Car Wash help set the tone for their fellow employees, as well as ensuring everything runs smoothly for customers at all stages of the process.

This week, we simplify after-school care, parks usage, and an influx of more out-of-state and more diverse teachers.