Simplified: It's been a tough few years for the USD Discovery District, a planned 80-acre research park in northwest Sioux Falls. Between leadership turnover, a pandemic and planned tenants backing out, the park remains largely an undeveloped field, but new Interim President Jim Abbott wants to turn it around slowly but surely.

"If we had to do it over again, I think we would've said, 'Look, the first thing we need to do is build a building,'" Abbott said.

Without getting too far into the nitty gritty, here's a brief history:

"President Abbott is the right person for this," said Ryan Oines, chief operating officer for the district. "(He) has the ability and connections to make this happen."

In a perfect world, he said, the 50,000-square foot building would be starting construction yesterday.

"Most of the time, a tenant can't wait for a building to be built," Abbott said. "They need it now."

In the current reality, Abbott said it's important to recognize this research park will take time to fully build out to its vision – and he's talking time in terms of decades.

"We always talked about 30 years to complete the vision," Abbott said, and that's after the GEAR Center was completed.

He also admits that historically the district hasn't sent a clear message in communicating just how ambitious and long-term the research park will be.

But while the specifics have changed over the years in planning the research park, the overall vision for economic growth remains the same.

"Great universities not only educate students and expand the knowledge base of the state," Abbott said. "But they should also be a healthy part of economic development."

This week we simplify the marijuana lottery, the USD Discovery District and how one nonprofit is recovering post-pandemic. 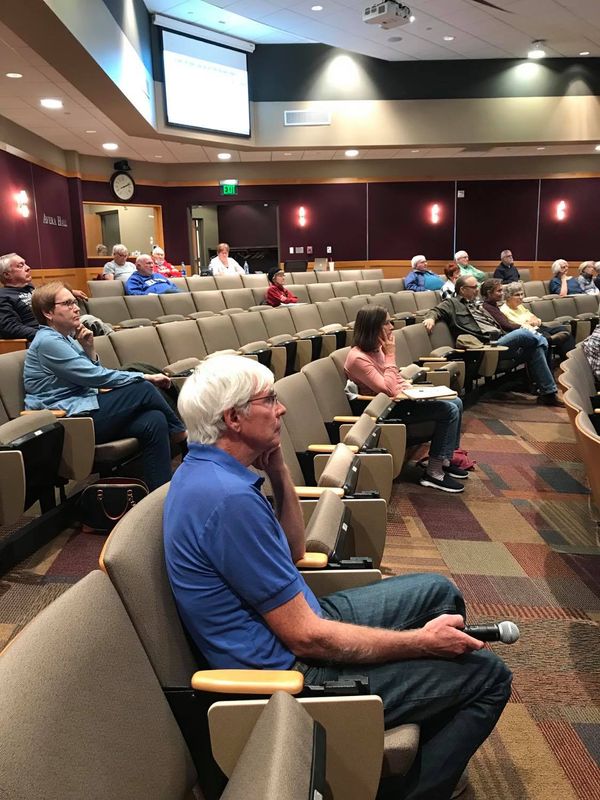 OLLI went from 700 members to 250. Here's how the nonprofit is slowly rebuilding.