Simplified: A Sioux Falls teacher is advocating for change to how the public school district manages maternity leave. Meanwhile, the district says its policy is based on a philosophy of giving birth as a medical event causing disability rather than seeing maternity leave as a time for bonding with the new baby.

Tell me more about the teacher speaking out

Diedra Nissen has been a high school math teacher in the district for 10 years, first at Roosevelt High School and now at Jefferson. She's also currently pregnant with her third child, due in March.

During the Dec. 6 school board meeting, Nissen shared an emotional testimony about how the district's current policies affected her.

The video of her speech has been viewed more than 12,000 times on Facebook.

"Nothing has changed," Nissen said. "And it's a hill I'm willing to die on."

So, what is Sioux Falls' policy for new moms?

It's the same policy that would encompass any long-term leave related to a medical event that keeps a person from begin able to do their job, said Becky Dorman, the district's director of human resources.

"Whether you're disabled due to child birth or you're disabled because you're undergoing maybe treatment for cancer or knee surgery or a hysterectomy, it all falls under personal illness leave," Dorman said.

Here's how it works:

That date on the doctor's note is what the district uses to determine how much sick leave a person can use.

After that six or eight weeks is up, teachers are no longer able to use their sick leave, even if they have more days banked.

"Our focus is disability due to childbirth," Dorman said. "When the disability is over, the ability to use your sick leave ends ... There isn't paid leave using sick leave for bonding."

SFEA President Tim Eckart declined comment for this article, noting the pending negotiations. He did say more information will be available in the spring once a collective bargaining agreement has been reached.

An important caveat to all of this:

Through the federal Family and Medical Leave Act (FMLA), teachers are able to take up to 12 weeks of leave after having a baby. The catch there, though, as Nissen points out, is that it's unpaid.

Long-term leave for new moms isn't paid by the district in the same way you might see paid maternity leave in the private sector. Instead, women can save up their sick days and use them to continue to get paid during their maternity leave.

Teachers get 12 days per year, and those days can roll over.

What about new dads?

New dads (or whoever is the supportive partner of the person who gave birth) can use the district's policy related to "family illness leave," which allows for up to 10 days off to help with a family illness – in this case, their partner having a baby. But the leave is intended for the teacher to take care of their partner who's just given birth.

Like the long-term sick leave, teachers can also use banked sick days to ensure those 10 days off are paid.

What about teachers who haven't banked enough sick leave?

This is where it gets a little more complicated.

Teachers have the option to dip into the district's "sick leave assistance plan," which is, as Dorman puts it, "a fictitious bucket of sick leave."

So, if we're visualizing a bucket, here's what it takes for a teacher to be able to fish a few more sick days out of that bucket.

For example, Dorman said, say a teacher is in her second year of teaching and has banked 15 sick days. If she has a vaginal delivery with no complications, chances are she'll be cleared to return to work after six weeks (30 work days).

Here comes the math. Stick with me.

So, she uses the 15 days she's had banked. But she usually gets 12 days per year, so she can't dip into the bucket of sick leave until she's gone 24 days (i.e. twice her annual sick leave).

That means she's left to wait nine unpaid days before she can fish out some bucket sick leave for those last six days.

For the district, the next steps are to continue negotiations with SFEA.

For Nissen, the next step is to keep working with SFEA and advocating for change. She's not asking for the world, she said, and she knows the policy predates the school board members and the superintendent. She's not looking to place blame, she said.

At minimum, she just wants teachers to be able to use the paid sick days they've earned when they want to use them.

But if the district really wants to put its money where its mouth is in its desire to recruit teachers, Nissen said the way to go is offering paid maternity leave.

"This is a great way to be competitive," Nissen said. "You want to see new and young teachers apply to be in our district? This would be an incentive."

This week, we simplify the current COVID-19 situation, a lost cat getting found and teacher maternity leave. 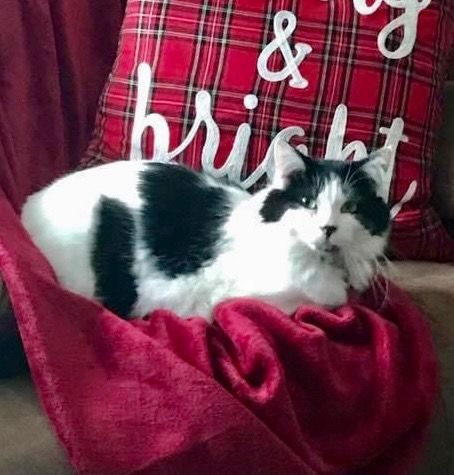 "It's definitely a miracle," humane society worker Dickens said. "We found her at the right time."