Simplified: In just over two years, the Washington Pavilion went from canceling an entire season of shows to exceeding pre-pandemic attendance and ticket sales. Now, it's got the largest donation in its history and some big plans for the future.

President and CEO Darrin Smith on Tuesday announced a $1.2 million donation – the largest donation from an individual in the pavilion's 20+ year history – from the estate of Sioux Falls resident Patricia Knutson.

"That's truly our growth opportunity," Smith said, adding that the company has applied for a trade name under which to expand management services.

What are some specific changes coming?

One of the most visible will be changes to Leonardo's Cafe – which Smith said is the only aspect of the Pavilion's business that isn't back up to pre-pandemic levels of success.

Another goal of the remodeled is to rework traffic through the Pavilion to encourage visitors to walk past the cafe, as well as the limited retail items that'll be available for purchase. It's not a full gift shop, Smith said, but it'll have some science-related items and other Pavilion merch.

The Pavilion is also rolling out a new art consulting service, Smith said.

The water playroom is the only part of the science center that hasn't seen upgrades in the last six years, Smith said.

Cafe renovations will roll out gradually and are expected to be completed by the end of the year, Smith said.

The water playroom will be updated with plans to reopen in early 2023.

And more announcements on how the $1.2 million donation will be spent are coming, too.

"We can't wait for our members and the community to see the exciting things we have in store for these dollars over the coming year," Chief Operating Officer Kerri DeGraff said. 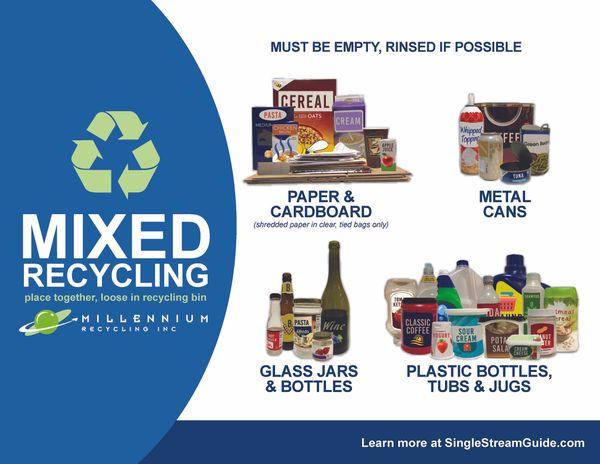 When people put non-recyclable items in the recycling bins, it ultimately ends up in the landfill