Simplified: Gov. Kristi Noem on Tuesday told lawmakers how she'd like them to spend state tax money over the next 18 months. Here's a look at some takeaways that – if passed by the Legislature – will affect folks in Sioux Falls.

"The people of South Dakota deserve safe planning that protects them from future tax increases or drastic cuts to state services," she said.

What are some big-deal items in Noem's proposed budget?

It's worth noting that this entire budget is large, complex and detailed, but from a 10,000-foot-view, here's a look at some of the pieces that'll likely spur the most discussion and make the most headlines during the upcoming Legislative Session.

Eliminating sales tax on groceries: Noem is sticking to her campaign promise of getting rid of sales tax on food, saying now is the time for this $100 million tax cut. Now, it's in lawmakers hands to decide if they agree.

Medicaid expansion: Though a statewide issue, this will certainly affect Sioux Falls and the two major healthcare systems housed here. And, for the first couple years at least, the federal government will pick up most of the tab when it comes to the cost of implementation.

More money for schools: Noem proposed a 5% increase in state funding for schools (as well as a 5% increase for state employees and health service providers). Her hope is to see most of that money go to salaries.

Paid family leave for state employees (and maybe more?): The governor also wants to give state government employees 100% of their salary during parental leave.

Planning the future of the state penitentiary: Noem is asking lawmakers to set aside $52 million to purchase land and conduct engineering and design to replace the existing aging facility.

What's not in the budget?

Childcare. Senate Minority Leader Reynold Nesiba said in a statement that South Dakota needs to talk about subsidizing childcare in order to address the crisis facing the state.

"I’m disappointed that the governor is failing to lead on this critical workforce development issue," Nesiba said.

The South Dakota Legislative Session starts Jan. 10, where we will again hear from Noem in her annual State of the State address.

The budget proposal is just that, a proposal. It'll ultimately come down to lawmakers to decide the state budget.

This week, we simplify what Gov. Noem's budget means for Sioux Falls, why a vote on downtown taxes was delayed and how a proposed city board could give folks a one-stop shop to talk walkability, biking, and more. 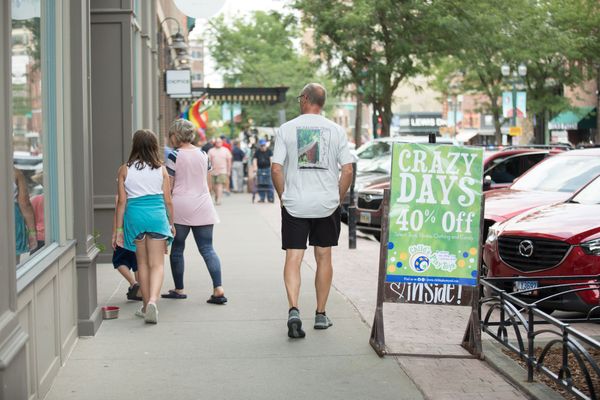 The City Council decided wait an extra couple weeks before voting on a proposal to increase what downtown businesses pay into a "Business Improvement District" assessment.