Simplified: Outdoor classrooms are becoming one of the latest trends in Sioux Falls-area schools, and more are on the way. Here's what you need to know.

As with any classroom, it varies, but some of the basics are the same.

The outdoor classrooms in Sioux Falls and Harrisburg typically have:

Where are some of the outdoor classrooms locally?

There's one at Liberty Elementary in Harrisburg, and Freedom Elementary just received $25,000 in funding from the PTO to construct one of its own.

"The goal behind it is just to get outside on those warm days and utilize outdoor space for fresh air and learning," Freedom Principal Tanja Pederson said. "It allows us some flexibility in space."

Endeavor Elementary started planning for an outdoor classroom back in 2019, but when the pandemic hit, plans were delayed. Now, the plans are done, and Principal Mike Munzke said the hope is to have the $30,000 project done this summer.

In Sioux Falls, John Harris Elementary modeled its $23,000 outdoor classroom off of Augustana's with O'Hara's help. It opened this past fall and has been used year-round, according to media specialist Stefanie Hage.

"We originally just focused it on serving classrooms, (but I see) students utilizing it during recess," Hage said. "It's need to see where the kids will take it."

Endeavor Elementary's outdoor classroom is expected to be completed this summer, and the classroom at Freedom – if the additional $15,000 in funding is raised – is also expected to be done in time for school to start next fall.

This week, we simplify a new trend to get kids outside and how a local podcaster's pandemic project is turning into an effort to preserve local history. 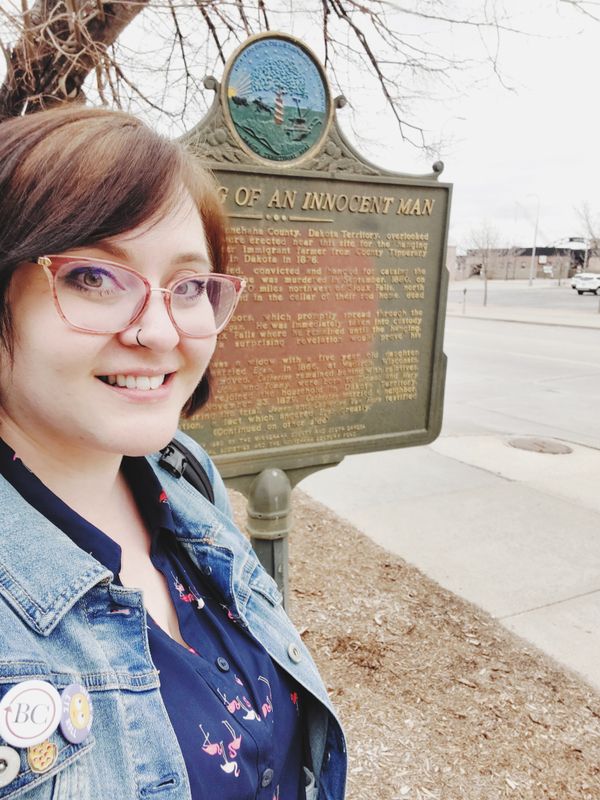 Lori Kent, aka "Local Lou," started a local history podcast as a way to get outside in the early days of the pandemic. Now, she's working to find ways to add more – and more inclusive – historical markers