Consider this your reminder to send a card to your mother or other maternal figures in your life. Mother's Day is this Sunday.

Or, if you're my daughter, you can consider sleeping past 7 a.m. Please?

This week is heavy on city news, from Mayor Paul TenHaken's State of the City address to a closer look at a housing initiative first mentioned in that speech. I'll also simplify a new way to support local art and how police are prepping for the opening of The Link.

Also, don't forget to share this newsletter with someone in your life who you think would appreciate a quick, easy way to feel smart about living in Sioux Falls.

Simplified: The City of Sioux Falls is rearranging some employees to create a new division focused on making the best use of space in existing neighborhoods – especially the city's core – and fixing up spots that have become run-down or out of compliance with city code.

"We've really got to take a better look at our core ... we don't want those areas to be stagnant," said Matt Tobias, who will be heading up the new division after 15 years working with the city in both public works and planning.

Learn more about the Neighborhood Revitalization Division and its goals here.

TenHaken talks growth in State of the City address

Simplified: Mayor Paul TenHaken covered a wide swath of topics during his State of the City address Monday, but there was a common theme: growth.

Why it matters: TenHaken is three years in to a four-year mayoral term, and paperwork filed recently shows his eyes are on re-election.

"The spotlight on our city is not going to fade," TenHaken told an audience of dozens at the State Theatre Monday afternoon.

Get a breakdown of the mayor's priorities and a look at Sioux Falls' last year by the numbers here.

Simplified: A new group calling themselves the "Backartigans" is working to bring a variety of art to backyards in the downtown Sioux Falls area.

Why it matters: 2020 was a tough year for artists, and when 23-year-old Hannah Grapevine graduated with an art major in the middle of a pandemic, she knew her options to showcase her work would be limited.

"The whole industry was basically dead for a year," Grapevine said. "I figured I kind of have to make my own opportunities from here on out."

How Sioux Falls police are preparing for The Link opening

Simplified: Sioux Falls police will be adjusting to new procedures when The Link triage center opens, but the outcome will mean fewer trips to jail.

The Link is a new resource for people experiencing a mental health crisis, a need for detox or a sobering center. It's a 24/7 center comprised of a partnership between Sanford, Avera, the City of Sioux Falls and Minnehaha County.

Why it matters: The Link replaces the current sobering center in the Minnehaha County Jail.

"People that are in need of sobering services, mental health services ... the jail's not the best place for them," Leach said. "That's punitive and can be detrimental to somebody's recovery."

Learn more about what The Link will mean for Sioux Falls police and those they pick up.

What story do you want to see simplified? Falling for something local? Send any news tips, attaboys, missed typos or life advice to megan@sfsimplified.com. 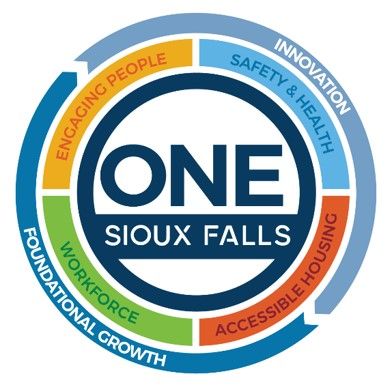 Simplified: Mayor Paul TenHaken covered a wide swath of topics during his State of the City address Monday, but there was a common theme: growth. Why it matters: TenHaken is