Simplified: Sioux Falls Simplified asked all 10 City Council candidates the same question about sustainability and public transit. Here's what they had to say. (Candidates are listed in ballot order.)

Question: The city just released an ambitious plan to achieve net zero emissions by 2050, along with a number of other goals. Do you support that plan? How will you as a city councilor help ensure these goals are met?

Cole expressed questions about how the data behind the plan was obtained and whether the people polled were representative of the community.

She wants to improve walkability but raised concerns about the feasibility of electric cars as well as the costs of implementing the plan.

"I think that there are very positive things in there, but ultimately it's probably not something that I would end up supporting if I were elected," Cole said.

Brekke said she's been working behind-the-scenes on sustainability for years and enthusiastically supports the plan.

"The thing that excites me the most is that if we do this right, we may never have smog ... we can be a smart city," she said.

Andera said she hasn't read up on the plan enough to support it, but said, "Two plus two is not equalling four for me on that."

"We are the greenest planet we’ve ever been ever, and so to reduce carbon dioxide … I don't know how appropriate that would be," she said.

Cole said she's very supportive of the plan and grateful for those in the city who've been working on it.

"It opens up an entire new sector of business in Sioux Falls," Cole said of the plan. "They can meet the needs and those goals."

Merkouris said he's concerned about the plan and whether the community is in agreement about its underlying assumptions.

He also expressed concern that implementing the plan would mean changing building codes, which would in turn affect construction costs.

"Let's be straightforward with the community on what the cost is going to be," he said.

Ingle supports the plan, and he said moving forward it's important to focus on incremental change.

"It's not something we can do all at once," he said, adding that he also wants to see more education for the public and more community buy-in.

Barranco said it's a misconception that conservatives don't care about the environment, and he said he considers himself to be an "environmental conservative" and focuses on incremental change.

"Sometime's the devil's in the details," he said. "We know that we've got to move away from fossil fuels."

Burzynski said he supports the plan. He said if the city really wants to decrease vehicle miles traveled, though, it'll take a focus on zoning.

"Everyone’s obsessed with electric cars–however electric cars aren't going to get us to where we need to be," he said.

He also noted a desire to see a citywide composting program.

Soehl said he's in favor of setting ambitious goals, but he wants to see the city living up to its own goals before regulating anybody else. He's in favor of electric buses and solar power.

"Is there a way that we can make it financially viable, and are there incentives?" he said.

Question: What are your priorities with public transit? As the city studies its routes and the SAM on demand program, what are you looking for in possible solutions/changes to address the transit needs in Sioux Falls?

Cole said she wants to see greater accessibility and a greater number of stops. She also wants to see more buses available to give people the option to take public transit.

Brekke sees the solution as a mix of fixed routes and on-call services, but the real focus should be on futuristic solution, she said.

"Is it too early to start talking about light rail?" she said. "I think maybe we should at least have the green light thinking sessions."

Andera said she wants to talk to people in the transportation business and try to seek to understand the problem. She also noted the importance of safety on public transit.

"I would like to see direct routes, different sizes of buses and (buses that) go exactly where people are living," Cole said.

Merkouris wants to see paratransit separated from the broader discussion. He also said he's disappointed at how slow the issue of public transit has been considered.

"It’s an extremely expensive situation," he said. "Anybody that promotes just adding more routes or adding more buses–there's no budget opportunities there."

One of the biggest concerns is accessibility.

"We have (medical) patients that need to utilize these services, and unfortunately, our Sioux Area Metro system doesn’t go past a certain point," Ingle said.

Barranco wants to see public transit helping parents who might not have a vehicle get to child care facilities.

"It’s gotta be serving the people’s needs, and I think (getting to child care is) the number one need I’m hearing," he said.

Burzynski said the biggest problem is that in the city, public transit is treated as a last resort, but he uses it as often as he can.

He wants to see high-impact routes with frequent buses and a shift from everything beginning and ending downtown. He also said he sees SAM On Demand as a failure.

Reistroffer said the city should reassess what routes make the most sense. He said a light rail would be his dream for the city. He also said as a last resort, the city should keep the option open to consider privatizing the bus system.

"I don't want to rule that out as a possibility," he said.

"I don't have the solution," he said. "But I’m all in favor of public transit, and I wont blink an eye on putting more dollars towards it."

Soehl also noted the increasing need for public transit as the city grows and has more people without vehicles or families with one vehicle. 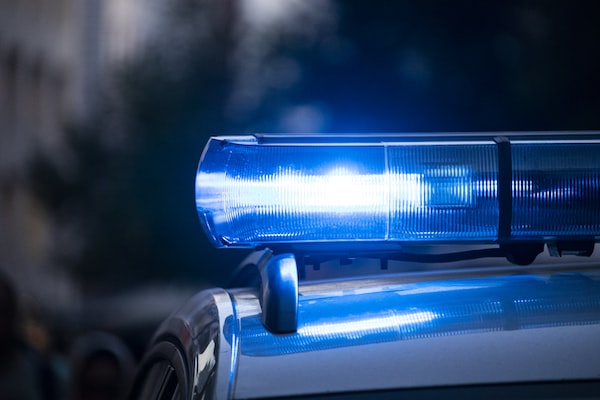 Sioux Falls Simplified asked all 10 City Council candidates the same question about crime and mental health needs. Here's what they had to say. (Candidates are listed in ballot order.)