Simplified: Voter turnout in Tuesday's election was the lowest it's been since at least the mid '90s. Sioux Falls Simplified took a deep dive into the data to see what we can learn and how turnout varied throughout town.

"I’m looking at the voter turnout, and it is a very difficult thing to really wrap your arms around to figure out why we have the trends that we do," City Clerk Tom Greco said.

Here are some observations from this week's election data

Some sides of town turned out more than others.

Turnout data showed some correlation to income (note: correlation does not equal causation). The two precincts with the fewest voters casting a ballot were also in neighborhoods with high rates of poverty.

The two precincts with the highest turnout were in areas that generally have higher home values, which correlates with higher incomes in those areas:

See the increasing gap between voters and the greater population

This graph takes a closer look at the voter turnout over the last five mayoral races.

What are we to do with this information?

That's entirely up to you.

As with any data set, the conclusions will come from what questions are asked.

For Greco, voter turnout data helps inform how many ballots are sent to precincts in future elections. It might also illustrate the need to adjust polling locations, for example.

For Michelle Erpenbach, a former city councilor and current nonprofit director, the data shows a need to ask more questions about the reasons why people are not voting and taking a more intentional look at the systems that might be keeping them away.

"What we have to do is figure out as a society that it's OK for everyone to vote," Erpenbach said, "and then make it as easy as possible."

This week, we simplify voter turnout, rising costs and how to make your lawn more environmentally friendly. 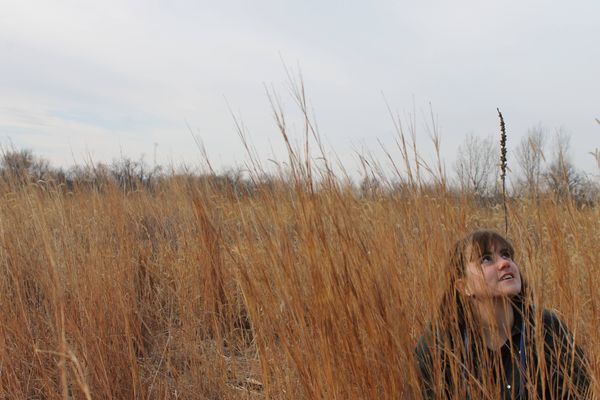 An Augustana student has created easy-to-use kits to help people create plots of native prairie in their backyards throughout the city. Meet Mia Werger.