Happy summer break, children of Sioux Falls! You'll want to break out the sunscreen – It's heating up this weekend.

This week, we'll see how the Sioux Falls Regional Airport is faring for the summer, what a bond election means for Harrisburg and how to celebrate Pride Month in Sioux Falls.

Oh! And if you know someone who needs a break from the news cycle but still wants an easy way to feel smart about Sioux Falls, share this newsletter with a friend.

Simplified: Harrisburg just overcame a major hurdle in its work to keep up with a fast-growing student population when voters on Tuesday approved a $60 million bond for two new schools.

Why it matters: Voters approved the bond by an 83 percent margin, showing strong support for the district's plan to accommodate growth, board members said Tuesday night.

"We needed this bond to pass, and once again the voters, our community, agreed overwhelmingly," said board member Mike Knudson.

Design starts this summer, with construction set to begin in September, Superintendent Tim Graf told Sioux Falls Simplified last month. Both buildings are expected to be completed in time for the 2023-24 academic year.

"Growth has become part of the culture in Harrisburg District in all aspects of the word," board member Terra Vennard said, "and it's exciting to continue to move those plans forward with the passing of the bond issue."

What more flyers means for the Sioux Falls airport

Simplified: More than a year since the start of the pandemic, Sioux Falls Regional Airport traffic is inching closer to normal rates for the summer, and as normalcy resumes, a planned parking ramp project is also back on track.

Why it matters: Last summer, the airport took a hit when it saw people travel at about half the normal rate, Executive Director Dan Letellier said.

Learn more about future changes, business travel and what to expect if you're on a flight this summer.

How The Breaks is creating community with an empty parking space

Simplified: The Breaks is testing out a new parklet concept in front of their East 12th Street coffee shop this summer, with the goal of creating a space for community and neighborhood connection.

Why it matters: Parklets are a way of repurposing often-unused street parking to create a little mini-park with seating, shade and even some green space.

"Having the parklet space will better connect us to the neighborhood," said Mary Campbell, who co-owns The Breaks with her husband, Corey Gerlach.

Learn more about what people are saying, what a parklet is and what happens next.

This is a paid piece from the Sioux Falls Sunfish

Simplified: Sioux Falls baseball fans have another option to catch live games this summer with a new collegiate team, the Sunfish.

Tell me more: The Sunfish is a new summer collegiate baseball team and part of the Expedition League, which includes a dozen teams from the Dakotas, Montana, Idaho, Nebraska, Wyoming and Canada.

Why it matters: The Sunfish is made up of 32 players from across the country, including four players from Augustana with local ties to Sioux Falls.

"We are all about fun," General Manager Nick Moen said. "We want these games to be an option for people in Sioux Falls to relax, enjoy the summer weather and take in America's favorite pastime."

Learn more about the home opener, the beer garden and how to get tickets.

How to celebrate Pride Month in Sioux Falls

Simplified: It is Lesbian, Gay, Bisexual, Transgender and Queer Pride Month, as officially declared by the White House. But you don't have to go to D.C. to celebrate. Here's a look at local LGBTQ pride events from Sioux Falls Pride.

Why it matters: Pride Month is recognized nationally and is traditionally held in June to commemorate the 1969 Stonewall riots in New York.

"We are always looking to expand into new spaces and to see businesses reaching out to us about hosting events means that progress is being made," said Rachel Polan, marketing director for Sioux Falls Pride.

Learn more about events coming up this month in and around Sioux Falls.

What story do you want to see simplified? Falling for something local? Send any news tips, attaboys, missed typos or bouquets of peonies to megan@sfsimplified.com. 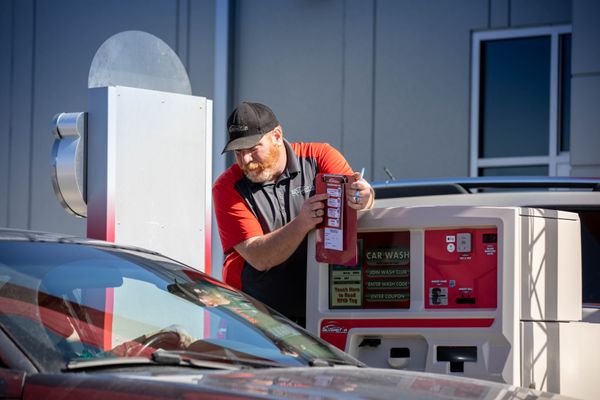 It's a job that combines customer service, sales, observation skills and, sure, a little bit of towel folding. 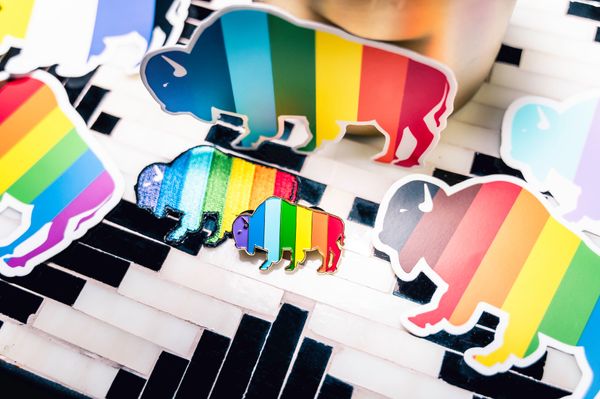 Sioux Falls Pride – a local nonprofit dedicated to broadening acceptance for the LGBTQ community – is working with several local businesses for events throughout the month.