Status check: You're going to be hearing from me a bit more this month as Sioux Falls Simplified kicks off its winter member drive. If you've been reading this newsletter weekly and finding value, consider becoming a recurring supporter and help ensure this smarter, easier local news outlet continues to thrive. (P.S. "Reeeeeally Good Friends" will get a free, limited edition SF Simplified tote bag!)

You had me at 'tote bag'

Weather check: Windy, but a bit of a break from snow

This week, I'll tell you about how businesses will likely need to play a more hands-on role in solving the local child care crisis. You'll also see where Sioux Falls high schoolers go after graduation, and how the district is looking at its budget for next year.

Simplified: Sioux Falls doesn't have enough childcare to accommodate the number of kids in town. And, even the options available can be too expensive for parents. But the leaders of a community initiative to find solutions say there's one group who will need to play a bigger role in finding solutions: local businesses.

"When we’re really getting right down to it, the business community – we have to ask their support in supporting families to afford childcare," DeBoer said.

What could businesses do to help?

When you really look at it, quite a bit. Here's a look at some possible solutions.

Where Sioux Falls high schoolers go after they graduate

Simplified: Just over half of Sioux Falls School District graduates in the Class of 2021 went on to postsecondary education. It's on par with 2020 numbers, but in general fewer kids are going to college now than they were five years ago.

"You can see that fluctuates," Assistant Superintendent Teresa Boysen said, noting that the out-of-state numbers move slightly up or down year-to-year.

See the top 10 most popular schools for Sioux Falls grads

This new development will bring much-needed housing to Dell Rapids

Simplified: A new housing development will open up 105 lots on the north side of 15th Street in Dell Rapids. Here's how it came together and what happens next.

"Housing, and especially housing families can afford, is a significant need in the metro," said Jesse Fonkert, President and CEO of the Sioux Metro Growth Alliance. "The Jensen Subdivision in Dell Rapids shows how community members can work together to find solutions to local housing needs."

What made this development possible?

What Sioux Falls schools are prioritizing this budget season

Simplified: The Sioux Falls School District is focused on making sure money spent is going toward programs that make a real difference for kids. Here's a look at how effectiveness is guiding budget decisions this year.

"If you look at our five-year plan, we call for an overall 4 percent cut over a four-year period," Business Manager Todd Vik said. "(We're) trying to get the budget makers in the mind of, 'what might my budget look like four years from now.'"

How does the budget process work?

And when can we give public input? Details here.

What story do you want to see simplified? Falling for something local? Send any news tips, attaboys, missed typos or a snowblower to megan@sfsimplified.com.

Kicking this thing off in style. 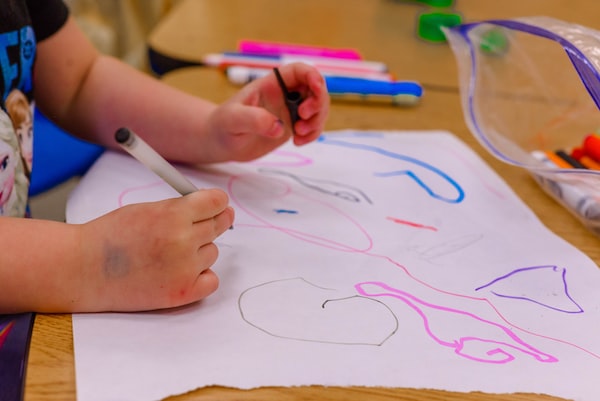 Leaders of a community initiative to find solutions say there's one group who will need to play a bigger role in finding solutions: local businesses.