First things first, this issue is brought to you by the Augustana Office of Sustainability and the Augustana Environmental Studies Program.

Status check: Thanks, again, to all of you who've contributed to the fall member drive! I'm only 12 paying subscribers away from hitting my goal – are you ready to buy in to a smarter Sioux Falls?

This week, I'll tell you about how local utility companies are preparing for more electric vehicles on the road (and an event where you can test one out for yourself). I've also got a look at the results of the Harrisburg School District bond election and a round-up of where to find pumpkins this fall.

Simplified: As electric vehicles grow in popularity nationwide, Sioux Falls-area utility companies say they're ready for the increased demand for electricity, and they've also got advice for people who are looking to make the switch to an electric vehicle.

"We’re just hoping that consumers can look at the technology ,and if it fits for them, that’s great," said Chris Studer, public relations officer for East River Electric Cooperative. "We know that not everyone’s going to buy an electric vehicle tomorrow."

What impact will more electric vehicles have on local utilities?

And what else do I need to know as I think about buying an electric car?

Simplified: A new elementary school is coming to Harrisburg after voters Tuesday night overwhelmingly approved a $30 million bond to fund the cost of construction. The bond passed by a 74 percent margin.

"We have such great community support – we really do," school board Chair Mike Knudson said Tuesday night. "I feel spoiled in that sense, it seems like in the Harrisburg district, people understand the importance of public education."

So, what will this $30 million bond fund?

And what happens next? And aren't there, like, two new schools under construction already? More here.

Simplified: For the first time, the city of Garretson has a full-time employee focused on economic development. Her name is Jessica Fueston, and she recognizes that this new role is a big deal for her fast-growing hometown.

"As Sioux Falls is growing exponentially, that growth is starting to come down onto us," Fueston said. "And we have to be ready for it, and that’s everything from infrastructure to housing to business."

What are the early priorities in growing Garretson?

Where to find pumpkins this fall

Simplified: Fall is in full swing and local pumpkin patches are starting to open. Here's a few places to find your pumpkins this year.

Ok, so which one should I go to?

Get the details on each spot's offerings, costs, experiences and more.

What story do you want to see simplified? Falling for something local? Send any news tips, attaboys, missed typos or dirty chai lattes to megan@sfsimplified.com. 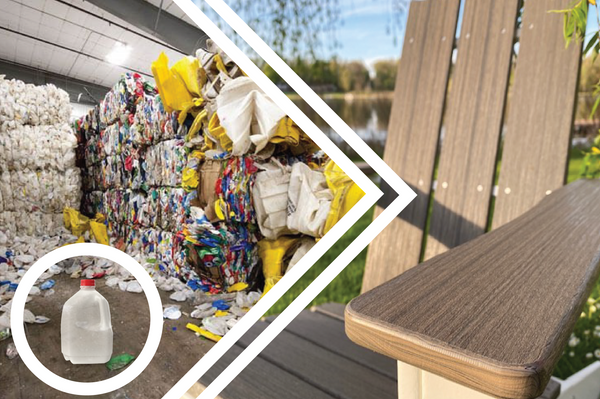 More than 90% of the products sorted by Millennium Recycling end up getting processed in the region.

For the first time, the city of Garretson has a full-time employee focused on economic development. Her name is Jessica Fueston, and she recognizes that this new role is a big deal for her fast-growing hometown.