This is one story in a series about the 2022 city election. Get to know the council candidates here, and then check back for stories on a variety of other topics.

Simplified: Sioux Falls Simplified asked all 10 City Council candidates the same question about growth. Here's what they had to say. (Candidates are listed in ballot order.)

Question: Sioux Falls is growing rapidly. What do you think the city needs to be paying attention to the most as that growth occurs?

Cole noted there isn't one single issue to watch, but public safety is a major one. She wants to make sure law enforcement is supported.

"As I've been going door-to-door to get a sense of what people are most concerned about ... they want to make sure their neighborhoods are safe," Cole said.

"Now’s the time to do some decision making about how we grow into the future, especially with the employee shortage and the housing shortage," Brekke said.

She wants to see more community involvement to "get together and come up with solutions" to the problems that come with growth, including limited housing, rising crime and infrastructure.

Cole wants to see the City Council be proactive in doing strategic planning related to citywide growth. She said up to this point the city has relied on the growth happening organically.

"But I really see the City Council's role as stepping up and delivering and bringing people together to form that strategic plan overall," she said.

Merkouris listed two priorities: First, what investments does the city need to make to continue the rate of growth for housing and employment opportunities. And second, the city should be mindful of renewing core neighborhoods.

"If we set that (core) aside, we're going to pay for that economically and socially in the years ahead," he said.

"We have to look at this idea of sustainable growth within the city," Ingle said.

He also noted the challenge of urban sprawl and said he'd like to help the community buy-in more to the idea of density. And, as the city grows, he wants to see how the city can develop a plan to support the police department along the way.

"There's not really anything we can do to prevent the city from growing, so we've got to manage it intelligently," Barranco said.

He listed three potential negatives with growth that the city needs to keep an eye on:

"I’m committed especially to our core neighborhoods and being able to improve what we already have," he said.

Burzynski also mentioned the idea of a "15-minute neighborhood" where people can bike or walk to anything they need within 15 minutes. He wants to keep that idea in mind as Sioux Falls grows and adapts existing neighborhoods.

Reistroffer said as the city grows, residents shouldn't be forgetting about the areas of town experiencing high poverty rates or areas where people are struggling. He also said the city doesn't need to be incentivizing more large employers like Amazon bringing low-wage jobs.

"We need to put the brakes on any more commercial incentives and put all our incentives toward affordable housing," he said.

Growth is an issue the city is lucky to have, Soehl said. But it's expensive to grow outward, and he said residents need to think about going vertical.

"It's going to be a hard change, but it's a change that has to come," he said.

Soehl also said as the city's demographic makeup changes, "we have to think globally" and be more accepting of the people who move here.

Have you checked your voter registration?

March 28 is the deadline to register to vote in the April 12 municipal election.

This week, we simplify City Council candidates, Tea growth, and what to do to celebrate St. Paddy's Day. 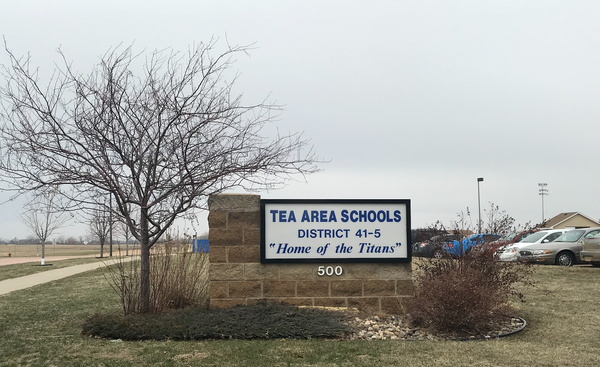